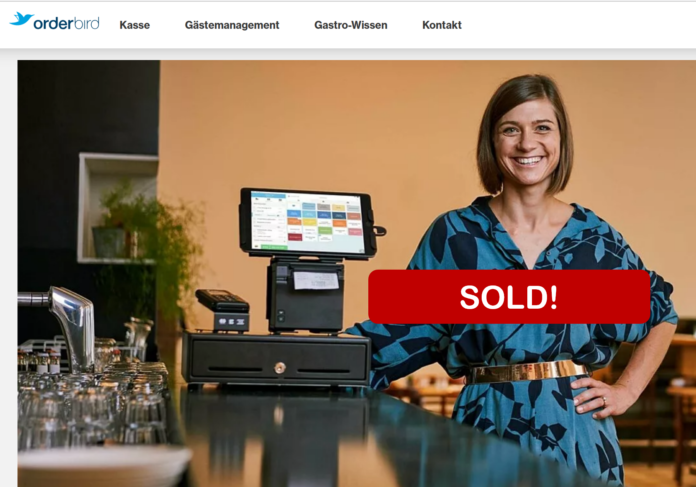 The Berlin-based iPad POS operator was taken over by its Italian minority shareholder. Nets, a subsidiary of the Italian payment giant Nexi Group, acquired the Berlin-based FinTech startup Orderbird. in 2018, Nets already provided an early investment of around 20 percent. In late 2021, Nets increased its stake and received a total of 40 percent of the company’s shares in Orderbird and recently took over the shares from existing shareholders without providing fresh capital.

Together with Artur Hasselbach, Bastian Schmidtke and Patrick Brienen-Lucius, Jakob Schreyer founded the payment startup Orderbird in 2011. They offer restaurants, cafés, bars, hairdressers, and retailers mobile POS systems that can be used to take and settle orders via tablet or smartphone. At the same time, the system transmits the transactions digitally and in the correct form to the tax office. Today, the startup employs over 120 people in Berlin and Vienna.

“If it’s up to us, we’ll stay independent for the next few years and continue to grow rather than sell too early,” said Orderbird co-founder Jakob Schreyer in an interview with Gründerszene just a year ago. Before that, there were repeated sales rumors that Schreyer was looking for new owners for his fintech. At the end of 2020, Orderbird distributed profits for the first time, and sales of its mobile POS systems for restaurateurs, retailers, and hairdressers climbed into triple digits every month. Nevertheless, today the startup announced that Danish payment provider Nets would become a wholly-owned shareholder in Orderbird.

The press release states a purchase price that around €100 million, whereby the sum “also includes earlier share acquisitions. Industry insiders assume that Orderbird was valued at around €140 million. Among the investors who are now selling their shares is first and foremost Carsten Maschmeyer‘s fund Alstin, for which Orderbird is one of the first investments ever. In addition, the retail chain Metro, the growth investor Digital+ Partners, the family office Makre, and several business angels have also held shares in the fintech.

Orderbird will continue to exist as an independent business unit. The management team around CEO Mark Schoen and CEO Jakob Schreyer is also to remain in its current form. The company hopes to expand its software solution for payment transactions further and drive its international growth through the exit. Above all, Orderbird is to become better known in the European market. So far, the German startup has been active in German-speaking countries and France.