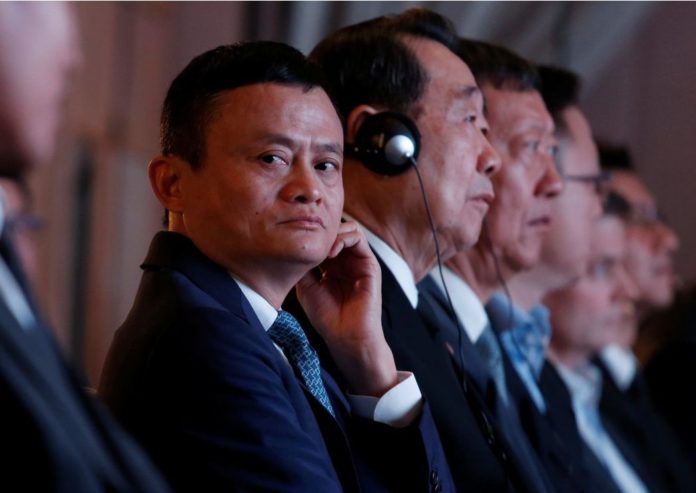 Jack Ma has controlled Ant since he carved its precursor assets out of Alibaba more than a decade ago. He built it into a company that owns the Alipay payments network with more than one billion users, an investing platform that houses what was once the world’s largest money-market fund, and a large microlending business. Ant was expected to be valued at more than $300 billion had it gone public.

Ma controls Ant through an entity called Hangzhou Yunbo Investment Consultancy Co., which controls two vehicles that together own a little more than half of Ant’s shares. Ma has a 34% stake in Hangzhou Yunbo. The other 66% is split evenly among Ant’s CEO, former CEO Simon Hu, and veteran Alibaba executive and former Ant nonexecutive director Fang Jiang.

The billionaire originally owned all of the entity. He transferred two-thirds of the shares to the three executives in August 2020 before Ant filed its IPO prospectus. Ma could cede control of Ant by diluting his voting power in Hangzhou Yunbo via giving up his veto and transferring some of his stakes to other executives.

After years of pressure from Beijing, Chinese multi-billionaire Jack Ma is now relinquishing his control of financial technology company Ant Group, in which Alibaba Group also has a stake.

This was first reported today by the Wall Street Journal. Jack Ma, 57, decided to step down after concerted efforts by the Beijing government around President Xi Jinping to limit Ma’s power.

Jack Ma, along with partners, founded online retailer Alibaba Group in 1999 and financial technology vehicle Ant Group, which includes AliPay, a popular and widely used payment service in China. Ant Group was forced to cancel its Hong Kong and Shanghai IPO in November 2020, with an enterprise valuation of $200 billion, due to scrutiny by Chinese authorities.

A month earlier, Ma had criticized the country’s financial regulation in a speech and accused the government of preventing innovation. He was not seen in public for months after that. China’s central bank forced ant Group to restructure and sell shares in company business units to Chinese sovereign wealth funds.