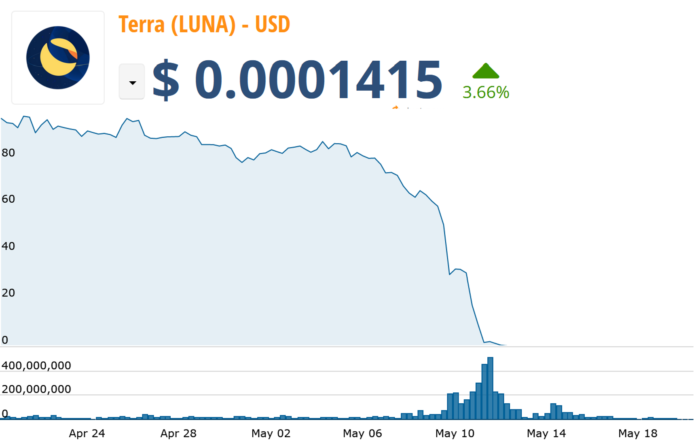 The crash of the Terra stable coin is not destabilizing the traditional FIAT financial system, says BaFin chief Mark Branson. However, this could change in the future, when interconnections between crypto and FIAT become tighter, that could happen. The cryptoquake surrounding the collapse of the stable coin Terra had led to huge losses for many crypto investors.

The head of the German financial regulator made his comments on the crypto world at the opening of the BaFintech regulatory conference in Berlin on Wednesday.

Branson explained that his agency looks at three components when classifying crypto stocks:

He said it is “increasingly a concern” if consumers feel “they are well-advised to diversify with this.” In doing so, he also pointed to social media, where crypto assets are “often not promoted altruistically,” which has become “a real issue” for the agency within the past year

In principle, however, Mark Branson is not opposed to cryptocurrencies. He emphasized the opportunities for application fields such as payment transactions or money laundering prevention.