HomeRegulationBafin Director Thorsten Pötzsch: "The Risk Of Getting Caught Has Never Been...
Regulation

Bafin Director Thorsten Pötzsch: “The Risk Of Getting Caught Has Never Been So High!” 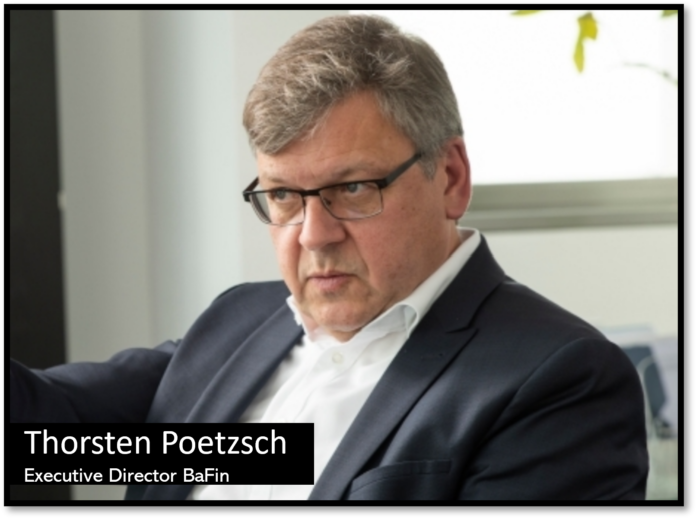 After the Wirecard debacle, Germany reorganized BaFin’s regulatory balance sheet control. Thorsten Pötzsch, head of Bafin’s securities regulator, emphasized the new system’s effectiveness at a symposium in Vienna. He referred to discovered accounting errors that auditors had failed to detect.

About three-quarters of a year ago, the German Federal Financial Supervisory Authority (Bafin) balance sheet control powers were significantly expanded. Thorsten Pötzsch, executive director for BaFin’s securities supervision division, said he was convinced of the effectiveness of the new rules last Friday at a symposium at the Vienna University of Economics and Business.

He pointed to significant cases such as Adler Real Estate or Eon, in which BaFin identified and published errors in the companies’ financial statements, with the companies having received an attestation from the auditor beforehand in each case. In the case of Adler Real Estate, assets were valued too high in the authority’s opinion. At the same time, Eon had stated incorrect fair values around the sale of the energy company Uniper.

Since the beginning of the year, BaFin has been allowed to audit the entire balance sheets of the companies it supervises. The two-stage balance sheet control procedure that existed before that expired at the end of 2021. Under the old system, the private German Financial Reporting Enforcement Panel (FREP) was primarily responsible for balance sheet control. BaFin could only intervene in a second step if companies did not cooperate with the FREP, did not agree with the audit result, or if Bafin itself had doubts about the FREP’s work. The legislator abolished this approach in 2021 with the Financial Market Integrity Strengthening Act (FISG).