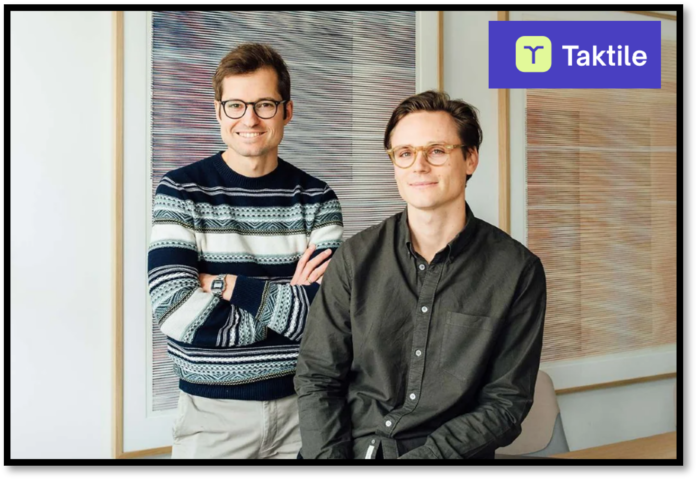 An accolade for the software startup Taktile (website) The top VCs Index and Tiger Global participate in Series A. The revenue growth has convinced the investors. In its second round of funding, Berlin-based fintech Taktile secures the equivalent of around 20 million euros ($20 million). The startup has developed software for insurance companies and banks whose artificial intelligence helps with decision-making processes.

Investors see a growth market in it: Series A was led by former shareholder Index Ventures and Silicon Valley VC Tiger Global. Tiger has been one of Germany’s few startup investments since the beginning of the year. After the stock market crash and Russia’s attack on Ukraine, the hedge fund announced it would provide less money. For Taktile, the investment is, therefore, precious.

Taktile received its last investment in the summer of 2021, when Index and Y Combinator, among others, invested around four million euros in the fintech. Founders Maik Taro Wehmeyer and Maximilian Eber launched their company in 2020 as part of the renowned Accelerator program. For their software, the two have won customers such as the fintech Moss, the Munich Reinsurance Company and Taxfix.

The idea behind their so-called decision-making tool is that even employees without programming skills can understand and design decision-making processes – a no-code tool for future scenarios. As an example, Taktile cites a lender that would use the software to see the extent to which lowering the minimum age would have an impact.