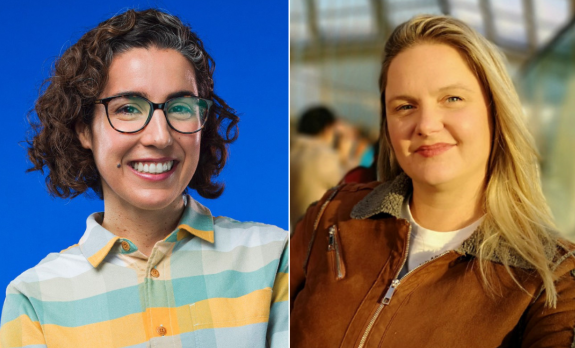 Nicky Wrightson (pictured above right) starts as “Head of Engineering” at Berlin-based financial startup Topi. She was previously at the tech company Skyscanner and the media company Financial Times. Through Topi, companies can borrow Apple devices, for example, instead of buying them for their employees. For this, the fintech is cooperating with retailer Gravis. Other products are to follow. It recently raised around 45 million euros from prominent investors for its launch.

Another newcomer is Blanca Garcia Gil (pictured above left), who is to build up the “Data Engineering” division. She previously worked for the British broadcaster BBC as a developer.

So far, the proportion of women in many development teams of German startups is still low. For this reason alone, the personnel announcement is striking. The fintech founded by Charlotte Pallua and Estelle Merle currently employs 35 people.