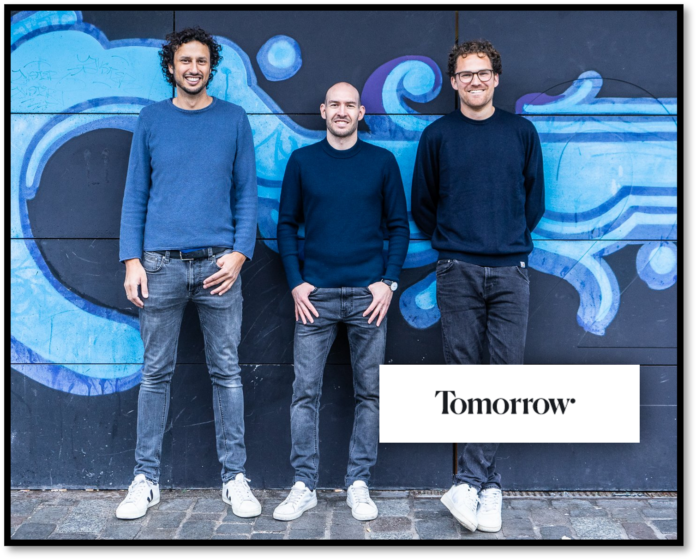 The green German fintech has been a hit with small investors. But professional investors gave significantly less money this year. In October 2020 and 2021, the Hamburg-based Tomorrow Bank (website) had already raised single-digit million amounts via crowdinvesting. The founders Jakob Berndt, Inas Nureldin, and Michael Schweikart now want to raise a single-digit million from the crowd again.

This year’s launch will not occur in October but on November 15. The pre-money valuation is said to be 90 million euros. Last year, when the fintech received a total of eight million euros from small investors, it was still 70 million euros. He said Tomorrow also has yet to publish the investment documents in parallel with the announcement.

In addition, the startup had repeatedly received money from professional investors – five million euros in the current year alone, 2022, in the form of a convertible loan. These included Trivago founder Rolf Schrömgens and the Aenu Fund of scene heads Fabian and Ferry Heilemann. However, this could also indicate a cooling of the hype in the currently complex market environment for fintechs. Last year, 14 million euros came from professional investors in addition to the crowd campaign.

Tomorrow promises investors to invest their savings only in green funds and to finance reforestation projects with every credit card payment—banking for the climate. So far, it hasn’t been profitable: although Tomorrow has since discontinued its free checking account and now takes monthly fees from customers, the company only generated revenues of about 1.6 million euros last year, according to FinanceFWD – with a net loss of approximately 14.4 million euros. Neo-Bank currently pays around 120,000 users, according to the company.