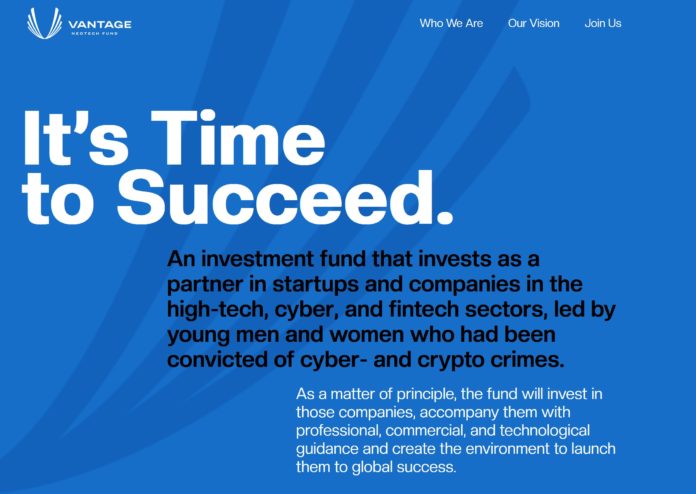 In September 2020, Israeli Gal Barak was sentenced to four years in prison by a court in Vienna for investment fraud and money laundering. He was released on parole in 2021 and has since launched the Vantage Fund in Israel to fund convicted cybercriminals and their startups. However, German prosecutors have also charged Barak as the prominent leader of the cybercrime organization E&G Bulgaria. The case is currently before the European Court of Justice.

The Vantage Fund is financed with the money of its defrauded clients. Gal Barak is thus publicly giving the finger to the European justice system and its victims.

According to the Vantage website, the company “invests as partners in startups and companies in the high-tech, cyber and fintech sectors led by young men and women convicted of cyber and crypto crimes.” Vantage would provide a business and rehabilitative framework of mutual trust between people who can use their talent and intelligence for good after paying their debt to society.

Gal Barak and his Bulgarian wife Marina Barak operated several huge fraudulent binary options and CFDs scams as the CEO of E&G Bulgaria, such as XTraderFX, ZoomTrader, SafeMarkets and Golden Markets, where they defrauded tens of thousands of clients of around $200 million.

Some of Barak’s accomplices, such as Jacki Fitelzon, were sentenced to several years in prison; others are awaiting trial. On the other hand, Marina Barak was acquitted, but the prosecution has appealed, so the acquittal is not yet final.

Read the full story on FinTelegram