Genius, Guru, Hobbit, Or Fraudster? Who Is Sam Bankman-Fried? 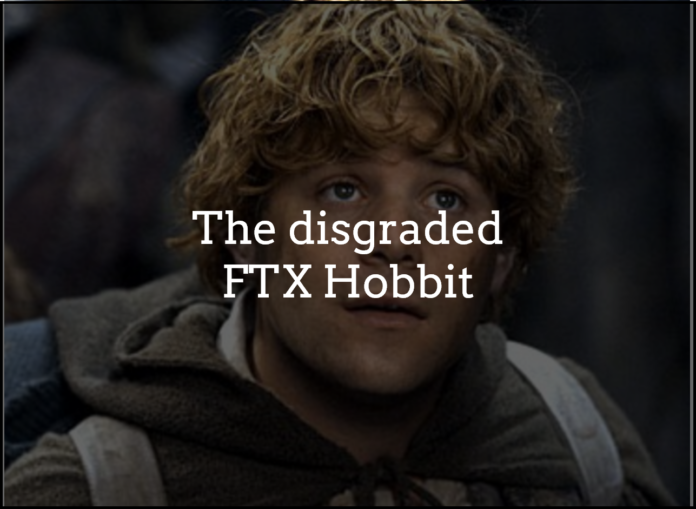 On many pictures, Sam Bankman-Fried aka SBF looks like the Hobbit Samwise, aka Sam from the movie The Lord of The Rings. SBF has lost ten billion dollars or 94% of his wealth in just 24 hours, when his crypto exchange FTX crashed. A record. Never before has a billionaire from the Forbes list lost so much of his fortune in a single day as Sam Bankman-Fried.

The worldwide FTX Group filed for Chapter 11 Bankruptcy in the U.S. last week. A drama unfolds that could drag the entire crypto sector down with it. Some are already talking about the industry’s “Lehman Brothers” moment. The innocent, naive and kind-hearted SBF like Hobbit Sam has lost his innocence and has mutated into a hate object of the crypto scene.

The story of Sam Bankman-Fried is one of unprecedented rise and fall. With a fortune of over $11 billion, the FTX founder became the world’s second-richest crypto entrepreneur in just three years. Right behind Binance CEO Changpeng Zhao. According to Forbes, only Mark Zuckerberg became richer faster than the now 30-year-old.

At the beginning of his journey, he doesn’t even own a Bitcoin. Then he comes into millions as a crypto trader – by exploiting bitcoin price differences between Japan and the U.S., the “kimchi premium.” He allegedly made many millions in profits. With the money and generous seed funding from investors, he co-founded FTX in 2019 with his partner Gary Wang. In March 2022, FTX raised $400 at a valuation of $32 billion. In total the crypto exchange managed to raise $1.8 billion from seven funding rounds. FTX investors included well-known names, including Sequoia Capital, the Ontario Teachers’ Pension Plan, Softbank Vision Fund, and Temasek Holdings.

In addition to FTX, SBF also had Bahamian-based quantitative trading and investment firm Alameda. The two companies were closely intertwined and a lot of money flowed from FTX to Alameda. That was ultimately the problem.

Sam Bankman-Fried was born on Stanford’s campus in 1992, the son of two law professors at the elite university. After graduating from a private high school in the Bay Area, he studied physics at MIT for four years.

Some already saw him as the J.P. Morgan of the crypto era, others named him the King of Crypto.

After the Terra-Luna stable-coin collapse in Q2 2022, SBF presented himself as the savior of the crypto industry. Via Alameda SBF granted a $250 million credit line to the struggling crypto lender BlockFi and made some rather dubious deals with the crypto lender Voyager Digital.

In the end, however, Alameda gambled itself away into a liquidity crisis and needed a lot of money. Therefore, SBF apparently transferred about one billion dollars in FTX customer funds to Alameda as a loan, which was secured with the worthless FTX Token (FTT). Ultimately, the whole thing collapsed. FTX had to file for bankruptcy and the allegedly around one million FTX customers will probably lose their money.

The former crypto hero suddenly is the most hated guy in the crypto scene. A completely different SBF is revealed: a pathological liar and gambler. He warned in an interview with Forbes five months ago: “Some crypto exchanges are already secretly insolvent.” At that time, he must already know: his balance sheet is unstable, if not illegal, and that, at some point, everything will collapse.