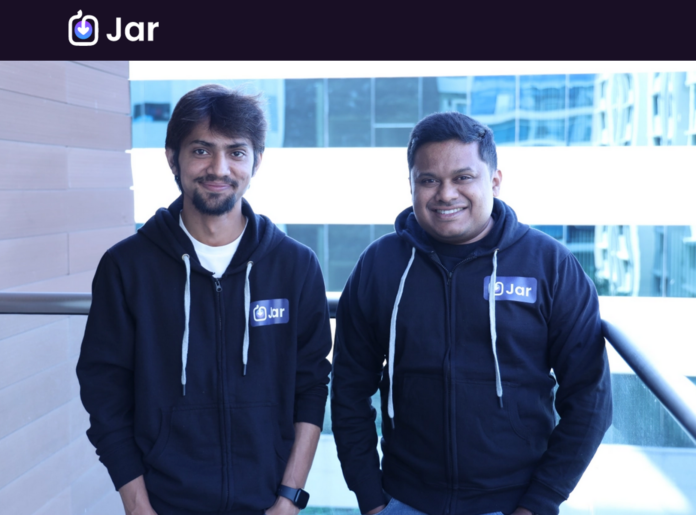 Indian fintech company Jar, which closed a $32 million funding round in February this year, talks about new funding as it looks to scale its product and expand its offering. According to TechCrunch, the Bengaluru-based startup is in talks with several investors to raise about $50 million at a valuation of $350 million. Jar has more than 7.5 million registered users.

Misbah Ashraf, the co-founder of Jar, did not comment on the rumors. Tiger Global, an existing funder of Jar, is allegedly in the process of leading series B funding for the year-old startup. Folius Ventures and Paramark also intend to participate in the new financing round. Jar, which runs an app of the same name, helps millions of Indians realize their investment and savings plans.

Nearly a billion Indians have a bank account today, but they have never invested. Part of the reason is confusion, Nishchay Ag, co-founder and CEO of Jar. “Their world is littered with advertisements for various financial instruments,” he said. For decades, banks and investment funds have tried to reach the Indian masses with their products without hardly any success.

Jar tackles the problem by choosing a financial instrument familiar to most Indians: Gold. Indians have been storing gold in their homes for more than a century, viewing the yellow metal as a good investment and a status symbol.

Indians are attracted by gold; they have a private supply of precious metal worth $1.5 trillion. For generations, Indians from all socioeconomic strata have preferred to invest their savings in gold. The demand for gold in India is so great — Indians hoard more gold than citizens in any other country — that the South Asian nation is also one of the world’s largest importers of this precious metal. Jar brings in a tiny amount every time a user makes a transaction. It rounds up a person’s daily expenses and puts some money aside as an investment. Users’ investments in digital gold are backed by physical gold of the same amount, and they can withdraw as much gold or cancel their investments at any time.