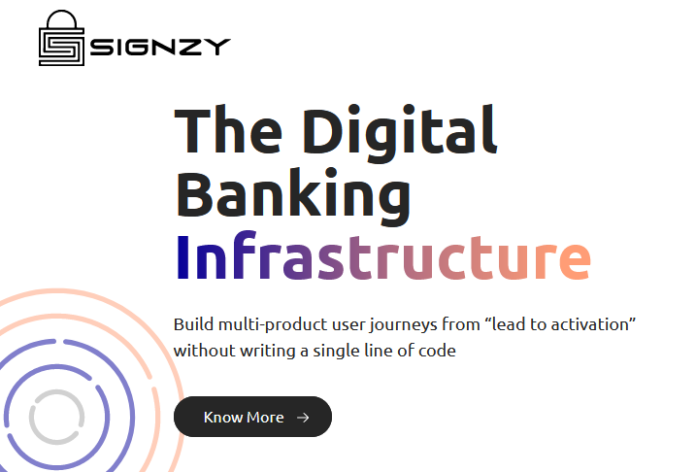 The Bengaluru-based digital banking infrastructure company Signzy (website) announced that it had received INR 210 million ($26 million) in its latest round of funding from Gaja Capital and its existing investors Vertex Ventures and Arkam Ventures.

Signzy was founded in 2015 by Ankit Ratan, Ankur Pandey, and Arpit Ratan. The company has filed eight patents in the U.S. and nine in India for its innovations. Earlier this year, the company also received a U.S. patent for Banking in the Metaverse and won the Best KYC Solution award at the recently concluded Global Fintech Fest in Mumbai.

Signzy has received many awards in the recent past for its technological innovations, including IAMAI’s Most Innovative RegTech Solution Award, ASSOCHAM’s ICT Startup Awards, Technoviti Award 2020 for Video KYC, etc. In the past, Signzy has also received awards from regulatory bodies such as RBI and MAS Singapore.