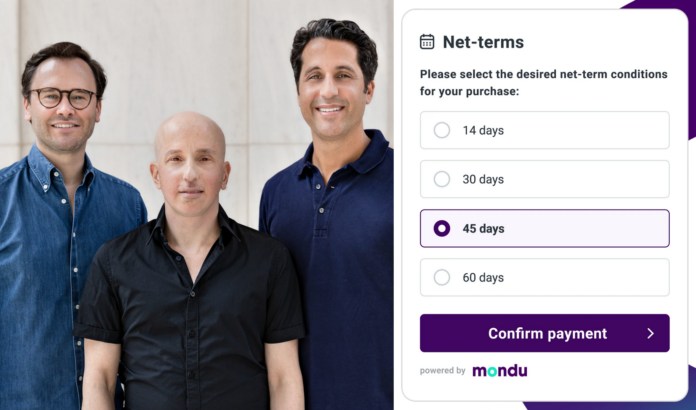 Competition in the “buy-now-pay-later” segment is fierce. While Swedish pioneer Klarna has just laid off hundreds of employees, Berlin-based Mondu (www.mondu.ai) secured another investment. Malte Huffmann, Philipp Povel, and Gil Danziger founded the fintech in Aug 2021 and secured €13 Mio in a seed financing round. Now they successfully raised around €40 million in a funding round A led by Peter Thiel‘s Valar Ventures.

In addition, existing investors such as the early-stage investor Cherry Ventures and the New York-based investor Fintech Collective are joining the round. Well-known business angels are also on the list of shareholders, including N26 CFO Jan Kemper and the two Zalando founders, David Schneider and Robert Gentz. In addition, the founder of the freight startup Forto, Michael Wax, is also participating, as is Google developer and former Rocket Internet CMO Arthur Gerigk.

With Mondu, the founding trio has developed a “buy now, pay later” (BNPL) solution for small and medium-sized enterprises. The young company has a particular focus on the B2B business. This means that its offer is aimed at retailers such as medium-sized companies, increasingly purchasing their goods online. These can order their product range on the Internet – and pay for it at a later date. For the time being, the financial service provider Mondu takes over the invoice until the customer settles the sum.

The “buy now, pay later” offer is widely used by other providers like Klarna, Ratepay, and Billie. Swedish startup Klarna, the most valuable to date, is leading the charge. Last week, however, the company announced it was cutting ten percent of its jobs. The billion-dollar fintech cited the deteriorating situation in the venture capital market as one of the reasons.