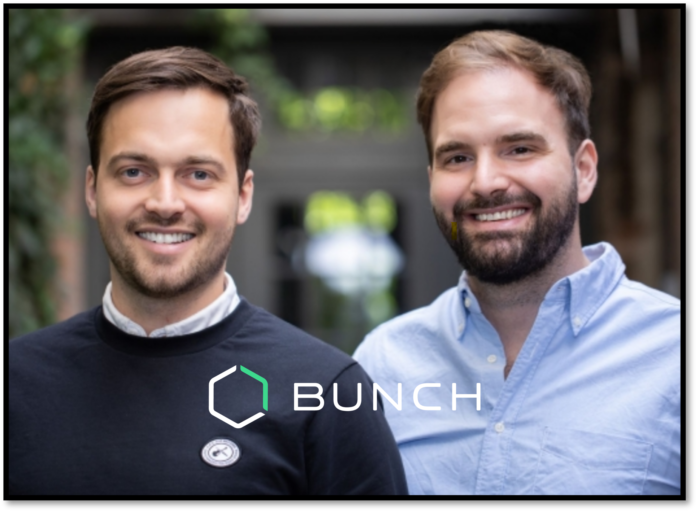 The platform, founded by Levent Altunel and Enrico Ohnemüller (pictured above), can be used to organize angel investments at launch, for example. “For the modern angel investor, the process so far is a nightmare,” says Altunel. For many decisions, for instance, notarized powers of attorney are needed. For example, the platform makes it easier to submit powers of attorney, and shareholders can vote on decisions. This way, several angels are combined in one company, referred to as “pooling.” It’s easier for the startup because it doesn’t have to communicate with each Angel. Bunch now takes over the organization of the pools in the background. It started with a test phase in Germany and the Netherlands. Other countries are to follow.

It is a function also offered in the U.S. by the company Angellist. But the expansion did not succeed. “Angellist started in Germany when the ecosystem was not yet mature,” says founder Altunel. More asset classes are now to come in the future, which can be organized through Bunch. “Later, we can offer our platform for fundraising for investors, for example,” says the founder. For private markets such as art, real estate, or startups, fintech is looking at potentially large segments that have been little digital so far.