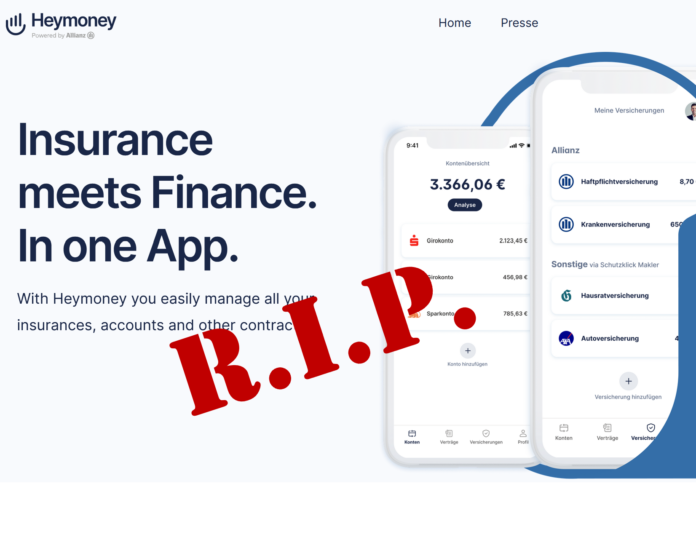 Allianz’s fintech prestige project, the finance app Heymoney (website), will be shut down in the coming weeks. Last week, Heymoney informed its approximately 30 employees. The number of users is said to have been just in the five-digit range. Iconicfinance, the company behind Heymoney, has not succeeded over the years in achieving “the targeted user ramp-up,” the company confirms.

In the summer of 2019, the insurer embarked on a plan to develop its multi-banking app – a major attack on banks struggling with their offerings. The ambition was high. Allianz hired a prominent team, including Aboalarm creators Bernd Storm and Arnold Brunner, and provided a double-digit million sum. “We’re going to build an Internet platform that gives customers 360-degree analysis of their finances,” an Allianz executive said before the launch.