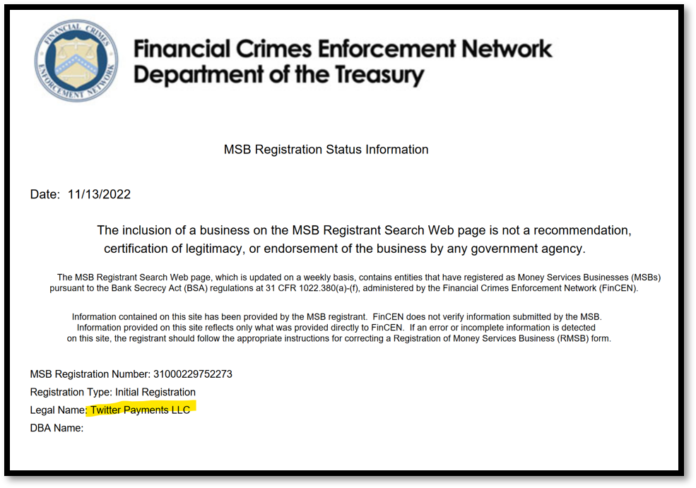 Rumor has it that Musk wants to enrich Twitter with a payment function, transforming it into profitability. Elon Musk‘s $44 billion takeover of Twitter has sent the global tech and media scene into a tizzy. Now it was revealed that Twitter Payments LLC indeed has registered with the U.S. FinCen as a Money Service Business (MSB).

Twitter could thus follow the business model of China’s WeChat, which has implemented WeChat Pay, a successful payment platform with several hundred million users. Analysts even see WeChat Pay as a serious competitor for credit card networks such as Visa or MasterCard. In this respect, it would not be surprising if Musk were to copy this strategy and follow this disruptive path with Twitter as well.

Launching a Twitter Paments platform would open up new dimensions and revenue streams for the short messaging platform. We will see what the analysts will report about this in the next few days.