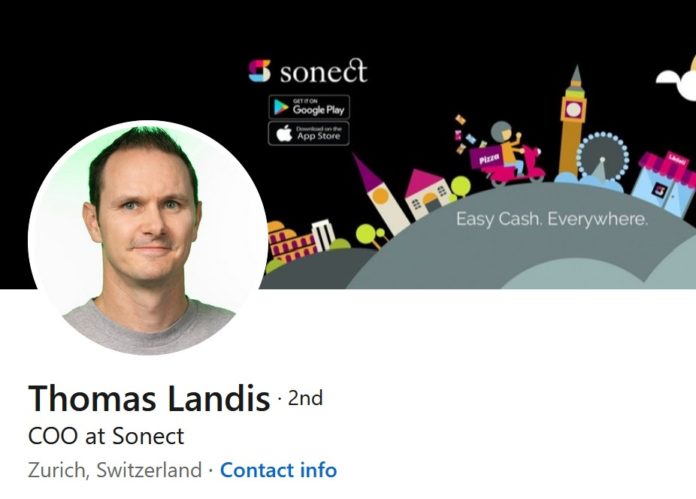 Thomas Landis (LinkedIn) has been appointed as the operational head of Swiss FinTech Sonect. Landis is considered a pioneer of the Swiss fintech scene. He was involved in the first local payment apps Paymit and Twint, as head of innovation and also headed F10, the incubator of stock exchange operator SIX. He will now support Sonect under CEO Sandipan Chakraborty in positioning the brand in the European market.

In Switzerland, the startup, founded in 2016, is, so to speak, running the opposite program to the switch to digital payment. The Sonect app turns store checkouts into ATMs for cash withdrawals. With over 2,300 Sonect stores, the fintech says it operates the largest ATM network in Switzerland. The service has also been integrated with Twint since 2021. Sonect currently employs 32 people in Zurich, Vilnius and Mexico City.