HomeBankruptcyUkrainian Aid Money May Be Gone In Bankruptcy Of Crypto Exchange FTX!
BankruptcyCyberFinanceCryptoPolitics

Ukrainian Aid Money May Be Gone In Bankruptcy Of Crypto Exchange FTX! 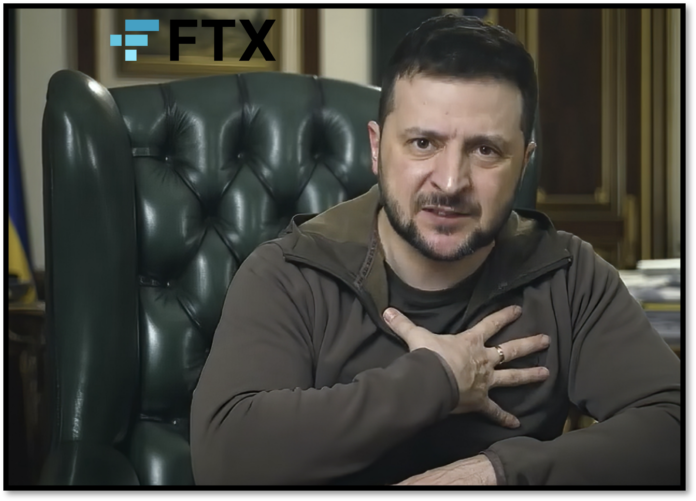 In March, the Ukrainian government under Volodymyr Selenskyj proudly presented a new way of increasing donations: The crypto exchange FTX was supposed to make more out of 100 million – now FTX is bankrupt. The suspicion: vast sums of aid money are gone.

The Ukrainian government launched a fundraising campaign with Sam Bankman-Fried‘s crypto exchange FTX for all supporters of the Russian-attacked country. After a hoped-for revaluation at FTX, the funds were then to go to the Ukrainian National Bank in FIAT.

In Kyiv, these sums were then earmarked for two crucial areas of the government of Volodymyr Selenskyj: One part was to be invested in humanitarian aid, and the other was to be used for the army.

So the crypto exchange FTX helped to bring vast sums of money to Kyiv from private individuals or even government agencies that do not want to appear officially as supporters of Ukraine. There is also a rumor circulating in U.S. financial circles that vast sums of additional unofficial U.S. military aid to the Ukrainian government may have passed through FTX – and thus, absolutely no risk of being exposed in the process.

At the beginning of this campaign, the news platform CoinDesk reported in March that after only a few hours since the launch of “Aid for Ukraine”, 48 million euros had already been deposited. Much more considerable sums may have flowed up to the previous week in the past months.

EU Disgraces Itself With An Interactive Online Party!