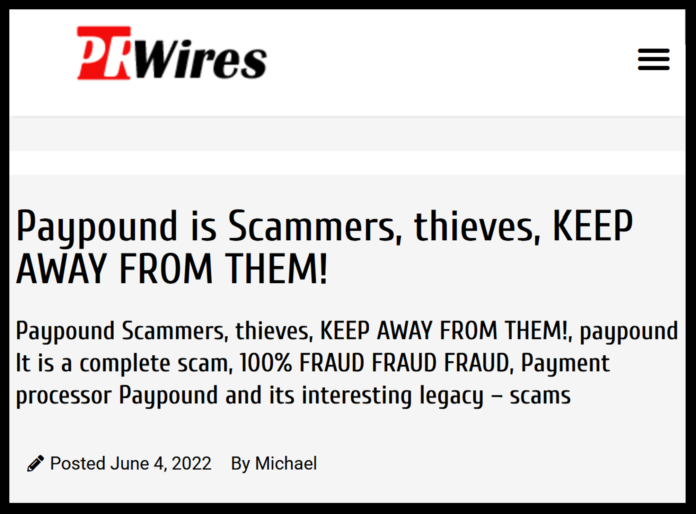 In a blog post published on 4 July 2022, Paypound claims that BoomBill has withheld $2.5 million in funds that Paypound now cannot pay out to its merchants. The entire blog post is somewhat confusingly written and difficult to understand. Also implicated would be Xcepts (https://xcepts.co.uk), an unregulated payment processor merchant acquirer established in May 2022 by the American entrepreneur Veronica Baitova. Xceprts is allegedly connected to the notorious high-risk payment veteran Paul Schroeder.

In a new article on LinkedIn, Paypound elaborated the story further but claimed that the merchants were paid out despite the alleged theft.

It doesn’t take a rocket scientist to guess that merchants will ultimately lose their money in this battle of the bad guys. The mutual recriminations are just smoke and mirrors to distract from this theft.